Catch Wolfblood every Monday & Tuesday at 5pm on Cbbc

I really liked the way this episode was a little more mundane than we are used to. The episode took place entirely at school which was really interesting as it is not something we've seen before. The episode also didn't feature any outside paranormal activity.

I thought it was sad to see the rifts Maddy was forming with her friends, especially Shannon. Shannon and Maddy have always been the best for friends and while I do see why Shannon thinks the videos can be useful, I side with Maddy and think she should just delete them. 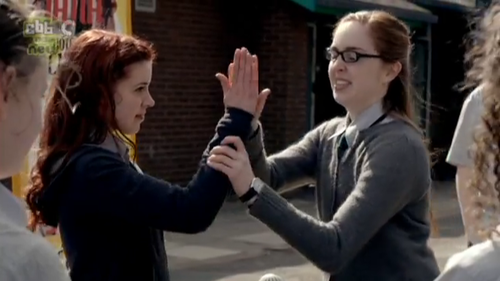 Also why was Shannon keeping the Owl from Maddys House in her locker? That was a little weird. I liked the relationship developed between Shannon and Jana- although it sometimes felt a bit like they were in a "lets hate on Maddy" club. Jana can be vulnerable but she can also be extremely violent and threatening. I think we seen both sides to her character in this episode. Hopefully Shannon will learn that Wolfbloods are dangerous creatures, even if Maddy is not, and that keeping the videos will only put her in more danger.

Tom in this episode was really confusing for me. He knew Shannon & Maddy were arguing and wanted to keep out of it because they're his friends...so instead he sides with Jimi ? If one of my friends were running for school representative, I would support them- NOT the school bully... anyways, since when is he such friends with Jimi ? He was really confusing in this episode. 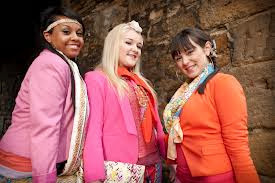 The three Kay's were funny in this episode. I liked Kara's character in this episode and the way she ran for school representative ahead of her friends...I've never thought of her to be the leader of the Kays, I always thought Katrina would be, but maybe she is. I also thought it was so funny that she got the giant book to read at the end. Also  next episode sees a rift between the Kays so it looks very good.

Also people have been saying on the Internet that Mr Jeffries may have / gain some insight into the world of the Wolfbloods. Many are saying that he in fact is a wolfblood himself, while others say he may discover the secret. I'm curious to see if these rumours are in fact true!
Posted by Shannonbookworm at Saturday, October 05, 2013