The Graveyard Book By Neil Gaiman 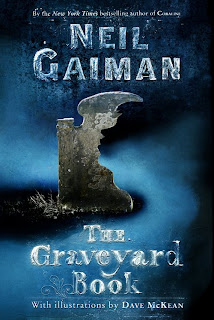 Plot:
After the grisly murder of his entire family, a toddler wanders into a graveyard where the ghosts and other supernatural residents agree to raise him as one of their own.

Nobody Owens, known to his friends as Bod, is a normal boy. He would be completely normal if he didn't live in a sprawling graveyard, being raised and educated by ghosts, with a solitary guardian who belongs to neither the world of the living nor of the dead. There are dangers and adventures in the graveyard for a boy. But if Bod leaves the graveyard, then he will come under attack from the man Jack—who has already killed Bod's family . . .
MY Review:
Okay, so this is my first time reading a Neil Gaiman book guys. It was so awesome but lets hop into the review.
The Characters of this book were not like your usual middle grade / YA characters. The ghosts of the graveyard were so well written that I was able to get an image in my head of how Bod sees the graveyard. Mr & Mrs Owens were such nice people. They were so nurturing and kind towards Bod. I loved them but I felt that they were not featured regularly in the book as Bod felt a lot closer to Silas. Silas is another character I loved. He is neither dead nor alive. He is somewhere in between. I found him very interesting and slightly mysterious. I found myself likening him to a father figure / best friend for Bod. He was such a kind and compassionate character. (Side Note: I found myself imagining Silas to look like Neil Gaiman, Anyone else experience this?) The main character, Nobody "Bod", was such an interesting protagonist. The reader really grows with Bod and develops this intimate connection with him as we see him grow over the course of the novel, from baby to toddler to teenager. In a way, this is a coming of age story. Bod grows from child to Teen and we see all the changes that occur for him, from losing his "sight" to girl problems. I thought he was a very brave, bold and memorable character. (P.S That man Jack scared me).
The plot and writing style of this book was good. Although in the beginning I felt that the first few chapters had a very weak link and felt sort of like short stories thrown together. I thought the plot was very well paced. It was an even pace of excitement all building up to the "On-the-edge-of-your-seat" ending. I enjoyed the ghostly, paranormal aspect the plot brought to the book and enjoyed the extra narrative from that man Jack. The writing had a very poetic twinge which was evident in its poetic flow and tone. I also thought Nobody's adventures were very well written and were very creative, e.g  The demon door, The witch and going to school. Beautiful Illustrations. Overall, I really enjoyed this book, though I feel it loses a half star for the slow-ish beginning. Gaiman has a very unique and creative imagination and writing style. I will definitely be checking out another of his books in future. 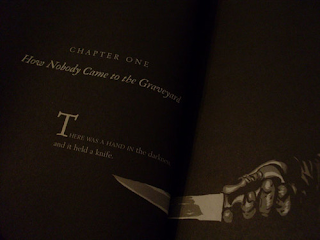 Please enjoy a video of Neil Gaiman reading the 1st chapter of this book & the Novels trailer! 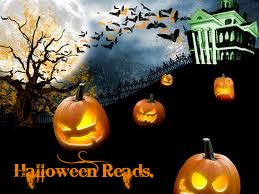 Posted by Shannonbookworm at Wednesday, October 10, 2012